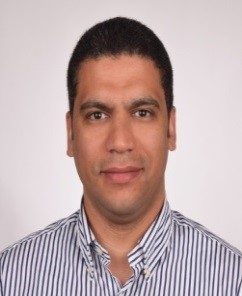 Osama Abdelarim is an assistant professore at the University of Assiut in Egypt. He received his PhD from University of Magdeburg, Germany in 2013. He is working as a researcher at the institute of Sport Science at University of Magdeburg since 2014. His research interest is focusing on the area of motor and cognitive development, as well as the impact of physical fitness and PA in health promotion and integrative development of children. Dr. Abdelkarim is also working as a coordinator for the international project „ Academic Innovation in Sport Science“, which is funded by DAAD (2012-2017) and including (Germany, Egypt, Tunisia, Jordan, and Morocco).

Presentation Title: “The Impact of Physical and Motor Competences on the Integrative Development of Children.” 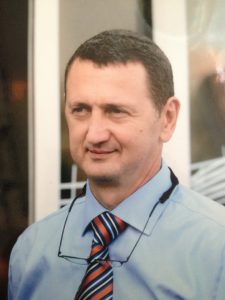 Prof. Milivoj J. Dopsaj, PhD was born on 6th of November 1963 in Belgrade, Serbia. He has finished his master (1998) and doctoral thesis at Faculty of Sport and Physical Education, University of Belgrade, Serbia & Montenegro in 2006. His pedagogical work as professor referred to several position as invited professor at master study program Faculty of Sport and Physical Education, University of Banja Luka, Republic of Srpska, Bosnia & Hercegovina and master and doctoral study program at Faculty of physical education and sports sciences at National and Kapodistrian University in Athens, Greece.

From January 2014 till September 2016 was vice dean for Science at Faculty of Sport and Physical Education, University of Belgrade, Belgrade, Serbia. At the moment he is working as a full professor at Faculty of Sport and Physical Education at University of Belgrade, Serbia. He has published 28 scientific papers (with impact factor, sum of 38.882 IF score) and was editor at Scientific Monography: Effects of the application of physical activity on the anthropological status of children, youth and adults (2016), New York, USA: NOVA Science Publisher.

His was a head and a leading researcher of the national scientific research project no. III47015: Effects of physical activity applied to locomotion, metabolic, psycho-social and educational status of the population of Serbia (from 2011-2016).

He was editor-in-Chief from 2007-2016 at Serbian Journal of Sports Sciences and is still a member editorial boards at Journal of Swimming Research, SportLogia, FACTA UNIVERSITATIS series: Physical Education and Sport, Bezbednost (Security), TIMS Acta, Journal of sports sciences, tourism and wellness, and is involved in international journals editing “Advances in Skeletal Muscle Function Assessment” from in 2016 on.

Samo Fosnarič, PhD, works as a full Professor in Special Didactics at the Faculty of Education, University of Maribor.

From 2007 to 2015, he was the Dean of the Faculty of Education at the University of Maribor and thus one of the initiators of the study program “Sports Coaching” in the Faculty of Education of the University of Maribor. He is also a member of numerous editorial boards of scientific and professional journals and associations at national and international level. His research area refers to the problem of the influence of the working environment in all possible interactions on the performance and efficacy of school children. Regarding to this the focus of his work is related to the results that most lead to synergy, in the research sense, to the relation: children – education – activity – thinking – attention – work efficiency – school. He published several scientific and professional articles and is the author of scientific monographs and chapters in scientific monographs. He has participated in numerous national and international projects and is also a member of the national program group. 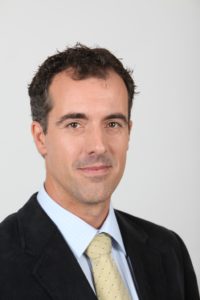 Milan Hosta, PhD is an internationally recognized expert in Philosophy and Pedagogy of Sport, specializing in the domain of health and social inclusion through sport and physical education. Between 2013 and 2015 he was a key expert at the project aimed at promoting social skills through sport in SE Turkey, training over 800 trainers and involving more than 10.000 underprivileged children. He is now challenging the global sedentary lifestyle by piloting Playness approach in kindergartens and schools. Besides, he designed a very effective Sportikus fair play tool-kit for PE teachers and sport trainers to promote sportsmanship and life skills.

Title of his lecture: Playness pedagogy: changing the landscape of movement literacy perception in kindergarten and school

University of Sarajevo, Faculty of Sports and Physical Education, Sarajevo, Bosnia and Herzegovina

Professor Siniša Kovač, PhD is involved in several pedagogical activities in the University of Sarajevo, Faculty of Sport and Physical Education as University Professor of Biomechanics at the first and second cycle of studies, Corrective Gymnastics at the First Cycle of Studies and course of Kinesiometrics at doctoral study. He also cooperates with Zagreb University, Faculty of Kinesiology with the study course of Athletes Fitness Preparation;

His research interest refers to Biomechanical diagnostics of posture status, using 3D technology; Isokinetic diagnostics of muscle potential with biomechanical results analysis; Kinematic diagnostics and movement structures analysis in different sports and Biomechanical analysis of Alpine skiing techniques with dynamic kinetic tools. His biography is consists of several active participation at numerous international conferences and symposiums, international research projects funded by E.C., (IPA SpineLab project) as a researcher and coordinator of full research and as the original author of the project and a series of scientific papers in the period from 1997 until today, published in indexed scientific journals;

His will present the lecture with the title: Increasing Postural Deformity Trends and Body Mass Index Analysis in School Age Children – How to Improve the Facts 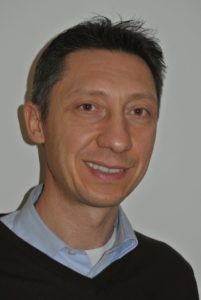 From 2000 to 2005 he worked at the Human Nutrition Research Center in Clermont-Ferrand (France) as a PhD student and post-doctoral student, and since 2005 he has been working as a consultant in the Italian Auxology Institute of Milan (Italy), studying energy metabolism in obese subjects during and after weight reduction programs.

His main fields of interest are the physiology of muscular contraction, bioenergetics and cardio-respiratory adaptations to muscular exercise in obese subjects, elderly and athletes.

University of Split, Department of Kinesiology of Sport, Split, Croatia 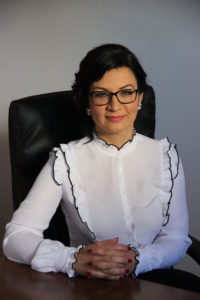 Her scientific research was as a principal investigator on the scientific and research project Measurement of Motor Knowledge in Kinesiology, and a researcher on three competitive scientific projects: Formation of Anthropological Models in Sport; Field and specific-Situational Measuring Instruments in Kinesiology, and Physical Activity and Fitness Components in Elderly (in the period from 2001 to 2015). She has reach biography; an author and co-author of over 90 scientific and professional papers (23 WoS) and three university text books. She is also mentor and co-mentor of seven doctoral dissertations. Her main research interests refer to: motor learning, aesthetic sports, physical activity and gender differences.

Jurij Planinšec, PhD is a full professor of kinesiology. He works as university teacher at the University of Maribor, Faculty of Education in the areas of motor behavior of children and adolescents, didactics of sports, psycho-social correlates of physical activity, health aspects of physical activity and a healthy lifestyle. He is the author of many scientific articles published in numerous renowned scientific journals. 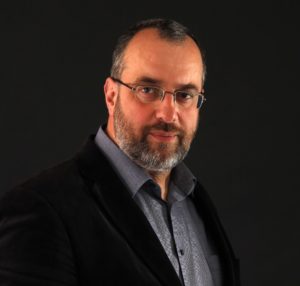 Ranko Rajović, PhD, specialist in Internal Medicine, holds a Master degree in Neurophisiology and a doctoral degree in Physiology of Sports. He is the author of the NTC learning system program which is implemented in 20 countries across Europe, in seven of them accredited by the Ministry of Education. He is the founder of Mensa in five countries, a member of Gifted children committee of Mensa International since 2002 (chairman 2010-2012), and a collaborator of UNICEF. He is UNICEF associate for early childhood education and a winner of the Mensa International award for the intellectual benefits to society. He works at the Faculty of Education in Koper, University of Primorska, Slovenia. 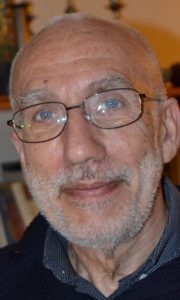 Education: Medical Degree at the University of Pavia, 1972.

Scientific Activity: Study of skeletal muscle physiology: mechanisms of regulation of contractile strength and mechanisms of adaptation to exercise and disuse.

At the international conference “Child in motion 2017” he will present the lecturer with title: “Growth and maturation of skeletal muscles during childhood and adolescence”.

Mag. Gordana Štrkovič – Tomaško is doctor, specialized in pediatrics, graduate at the Faculty of Medicine, University of Rijeka, Croatia. In her reach carrier she worked emergency medical unit, in Specialized Pediatric Clinic at Buje, in a Pediatric unit at Health Center of Radlje ob Dravi and in the General Hospital of Celje. Since 2009, she has been employed at the Pediatric unit of the Health Center of “Adolf Drolc” in Maribor and since 2013 he is the main mentor for specialists in pediatrics at the Medical Chamber of Slovenia. Since 2014, she has been working as a visiting expert- lecturer in the field of pediatrics at the Medical Faculty in Maribor

She regularly participates in professional and scientific meetings, where she has participated in several international congresses and expert meetings as an invited lecturer and has published several scientific and professional papers.

At the International conference „Child in motion 2017”, she will present the topic referred to consequences in the child’s growth and development occurred because of physical inactivity.

Branko Škof is a full-time professor at the University of Ljubljana, Faculty of Sport, where he works in the fields of “Athletics” and “Fitness preparation”. His professional work relates to long-term coaching and organizational work, both with top-ranking runners as well as with the development of recreational running in Slovenia. He has written several books, of which the Sport for children and adolescents (2016) is especially important for the Slovenian sports science. Professor Branko Škof is also the author and co-author of more than 500 records in professional data base of SICRIS. Many of his works have been published in eminent scientific journals. 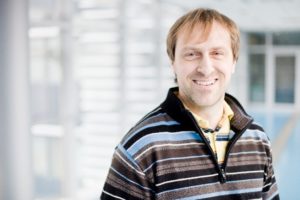 His areas of Scientific Interest reffered to: Kinanthropology, Biomechanics and Diagnostic of fitness.

He is involved in several research prejec such as: